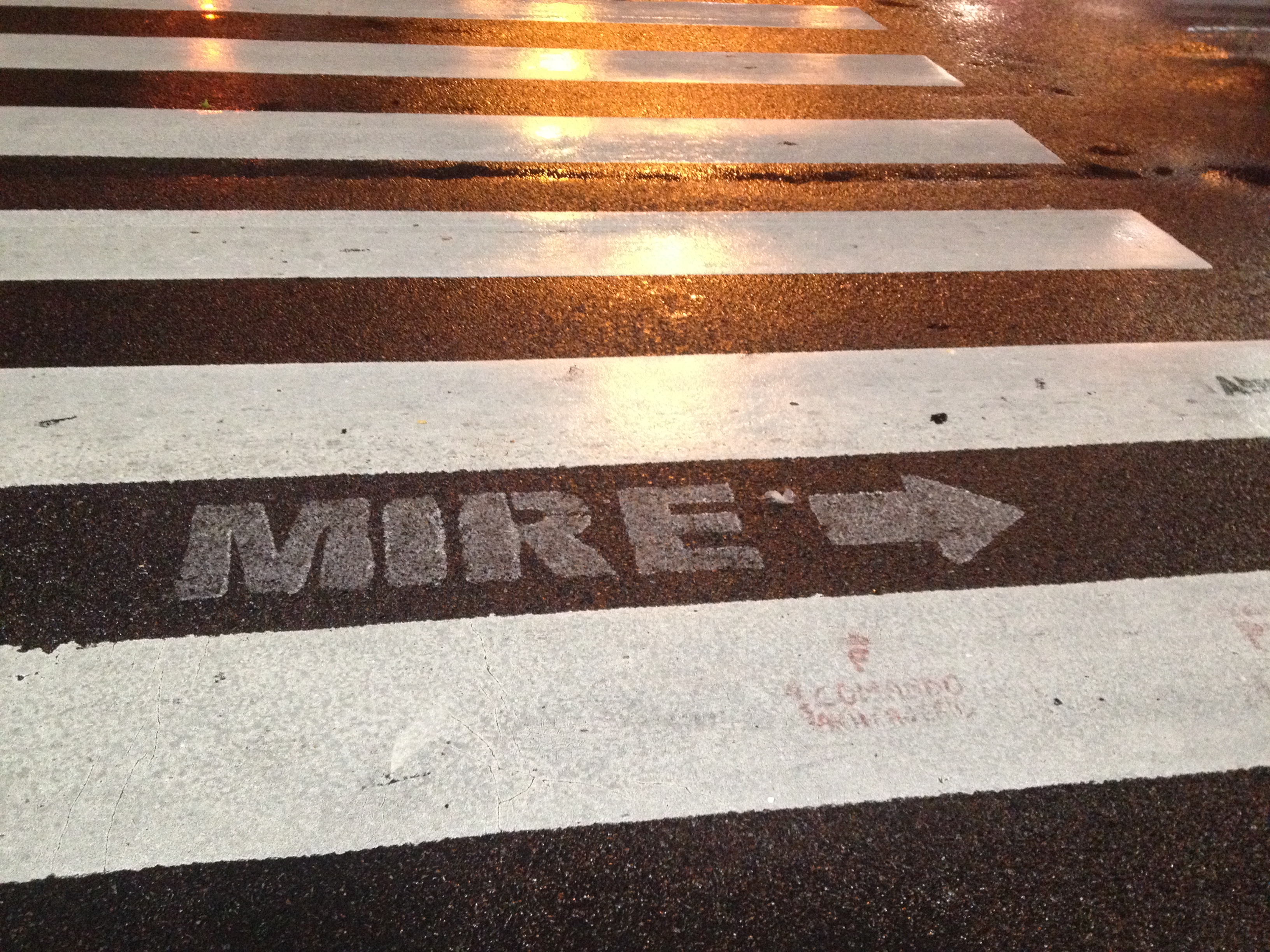 I guess it was only a matter of time.

I’ve heard story after story of fellow traveler detailing the particulars of how it goes down but never had it happened to me despite being on the continent of South America for nearly a full year of my thirty-four.

One full year and zero mugging incidents. Until now.

My parents came to Buenos Aires to visit me. It was their first time in Argentina so I planned an adventure full of all the touristic hot spots – Palermo, Boca, Retiro, San Telmo, and the fateful Recoleta where this story takes place.

We toured the cemetery getting the obligatory picture in front of the Duarte mausoleum – resting place of Evita Peron. After an hour of walking through the mausoleums – which felt like a little miniature city full of caskets instead of normal people – we then exited.

We hailed a cab but then I looked up and recognized a set of trees with crazy roots that I recognized from earlier visits to Buenos Aires and wanted to show my parents before we left. We crossed the street and walked under the trees and into the roots. We took a few photos there and then I wanted to get a photo of just the two of them.

As I zoomed in to get a good picture I saw a hand reach up out of my peripheral vision and attempt to grab the camera. He was very slow and deliberate. So much so that I initially thought he was simply offering to take a picture of the 3 of us. Then he yelled ‘hijo de puta’ in Spanish and only then did I realize he was trying to rob me. I took a few steps back to put some space between us. I fully expected him to produce a knife or at least come at me because I still had the camera in my hand. But he didn’t. He took off running instead.

I quickly took inventory. Camera – check. Wallet full of pesos – got it. Iphone – safe in my pocket. Watch – that son of a bitch.

By the time I realized he had my watch he was 15-20 yards away and I could only watch as he jumped on the back of his friend’s motorcycle and sped off with my watch. I felt like I was watching a movie. It seemed surreal.

I’d always asked myself when a mugging goes down why don’t people chase after the mugger and attempt to get their stuff back. I guess now I know.

RIP fake Panerai. I bought that watch for $40 in 2008 on Canal St. during a trip to New York. It was clearly a fake as real Panerai’s cost a few thousand dollars. But this was a great watch. Given its durability and numerous compliments that it brought me, my friend and I joked that this was a real Panerai mixed in with the batch of fakes.

I’ve got to respect this mugger’s taste although I hope the watch died just as soon as he got home.

In retrospect the spot under the tree was a perfect place to mug tourists. Even though the area of Recoleta is full of people this one section is isolated and hidden from plain view by the branches of the tree. There is also a quick moving street nearby making a fast getaway on motorcycle not only possible but rather easy. I need to be more aware of the surroundings when in a sketchy isolated area like that.

Later in the trip I had to buy a new watch because every time that I went to check the time I saw a nude, completely bare wrist – a visual reminder of ‘oh yeah that happened’.

Oh well, chalk up the lost watch to a learning experience. Of all the things I had on me, my watch was literally the least valuable. Even less valuable than the camera that was right next to the watch that he snagged off my wrist. My Dad was carrying his expensive Canon probably worth a few grand so things could have been much, much worse.

Photo is of streets in Buenos Aires. Means look to the right which I found fitting for this post.